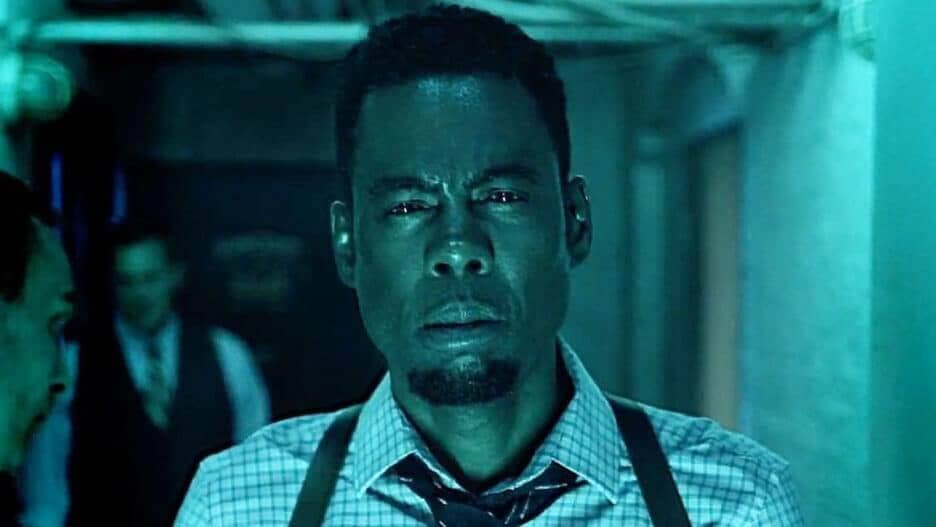 It’s been a few years since the final instalment of the Saw franchise – Jigsaw, which was an enjoyably twisted way of bringing John Kramer (Tobin Bell) back into the series one more time. With Spiral, we were promised a new angle but still in the same Saw universe. Despite being directed by a veteran of the series, Darren Lynn Bousman (The Devil’s Carnival), it lacks the intrigue and twists that fans have come to expect. It doesn’t skimp on the gore, though.

Chris Rock plays Zeke, a detective ostracised by his colleagues for ‘ratting out’ a corrupt cop. Despite his father (Samuel L. Jackson) being the chief at the time, he was a pariah at the station. He’s reluctantly teamed up with a rookie (Max Minghella) and begins to investigate a spate of cop killings that have the hallmarks of the Jigsaw killer John Kramer. He’s long dead, though, but why would someone emulate him while murdering police officers?

Upfront, one of the big problems I have with Spiral is Chris Rock. He was an executive producer on the film but doesn’t do it any favours. He spouts his lame dialogue the same way he performs his comedy act: shouting with a face like a smacked arse. He settles down as the film unfolds, but the damage was done for me. He gets a nice nod to the first film towards the end, though. Samuel L. Jackson goes through the motions, too, in what was likely just a role to pay the tax man.

What people come to these films for is simple: the traps and the gore. It’s here we’re treated well, and the twist here being that yes, the victims have the chance of escape, but they won’t make it out complete. Would you prefer to lose your tongue or be splattered by train? Lose your fingers or be electrocuted in a bath? The corrupt cops in the traps have very little choice. The way the story’s going is easy to figure out, too. I won’t spoil it, except to say I’d guessed the outcome fairly early on.

At a brisk 90 minutes, it’s harmless horror entertainment. The devotees of the franchise will, perhaps, enjoy the gory moments – and there was several times in which they made me wince – but on the whole it’s a disappointment and I imagine the Book of Saw will stay firmly closed for a while, despite the desperate ‘need-a-sequel’ finale.