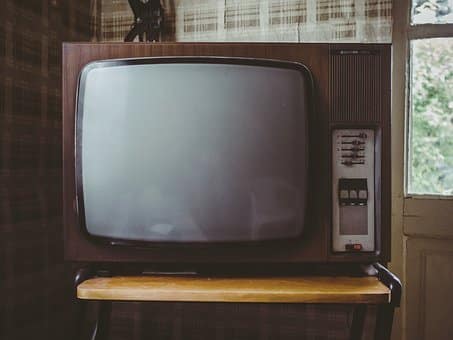 As seasons change, so do the TV schedules. When was the last time you got excited by seeing a big film being broadcast? Likely it hasn’t happened in decades, particularly if you were an early adopter of Sky TV. There was a time when a new TV season would include an advertisement with announcements of the big-screen premieres. Movie premieres being heralded on terrestrial TV stopped when satellite TV film channels took over. For a long time, though, they were big news. I recall being excited at the prospect of seeing Jaws, Saturday Night Fever, Superman the Movie, and of course, Star Wars getting their first showing on British TV (the way the films were annotated in the Radio Times). Nowadays, movies just appear on channels with little or no fanfare. Even immensely popular cinema hits are shunted to post-watershed screenings.

Christmas and Easter would be bumper celebrations for film fans. Among the regularly shown Bond films and Disney fare there would be a big movie premiere in the early evening. Even the emergence of home video didn’t temper this enjoyment. The fact you could record the movies for your personal collection made them even more exciting. Before home recording became affordable for the general public, you could wait years before that film you enjoyed is shown again. Star Wars, for example, wsan’t shown again for another two years. This is another thing that has changed with increased channels and choice. ‘Terrestrial’ channels (by which we now mean the ones available for free via Freeview or Sky since the old broadcast system became fully digital) now schedule repeat screenings regularly, sometimes in the same week.

One of the things that made watching ‘new’ films on TV so special was what was known as TV holdback. That is the number of years a studio will keep a film off TV screens to allow it to earn its maximum revenue at the cinema or video rental. For a long time, this would be around four years. Although even up to the ‘80s, some films were held back longer. It took thirty-plus years for Gone with the Wind to find its way to British TV. Disney classics like Cinderella and Dumbo were even longer. Despite Star Wars appearing on ITV five years after the UK release (seven in the US, where George Lucas held it back as long as he could), we’d have to wait until 1988 to see The Empire Strikes Back being broadcast on the small screen. When video became popular, a regular incentive offered to the rental shops was the promise of a TV holdback of at least a year. This was the time, of course, when the big films didn’t appear on tape within months like they do now.

This is, of course, just a nostalgic fancy. Like with the shared experience, technology has advanced and as such the way the world of TV has changed. There are aspects that have moved on for the better, but many for the worse (expect a rant about the lack of appreciation of black and white films to come). I wouldn’t want to go back to the days of three channels (or even four). I do believe the respect film gets by the main Freeview channels has disappeared. Reality shows, soaps, and horrendous talent contests (which includes the celebrity on ice/jungle/dancing things) have become the big draw for primetime. All my praise goes to ITV3, however, we devote almost every Bank Holiday to the Carry On and On the Buses films. I wouldn’t have that any other way, apart from the fact they’re cut. It’s better than have them disappear from screens for good as no doubt some would like.

Naturally, being a UK-based guy, this is written from my perspective. I’m pretty sure the same is relevant to our friends in the US, though. Many of my first film guides were named things like Films on TV. This was right up to the mid-‘80s as we had Leonard Matlin’s TV Film Guide, which later incorporated cable films. I think the TV holdback must have been much shorter for US channels, as we picked up a vintage TV guide book from 1974 that boasted ‘now including The Godfather!’ I would have loved a book detailing when films first appeared on TV, but I think the audience for that would be limited to me.

Read about the lack of the ‘shared experience’ with TV here.

1 thought on “Films on TV: A Lost Pleasure”