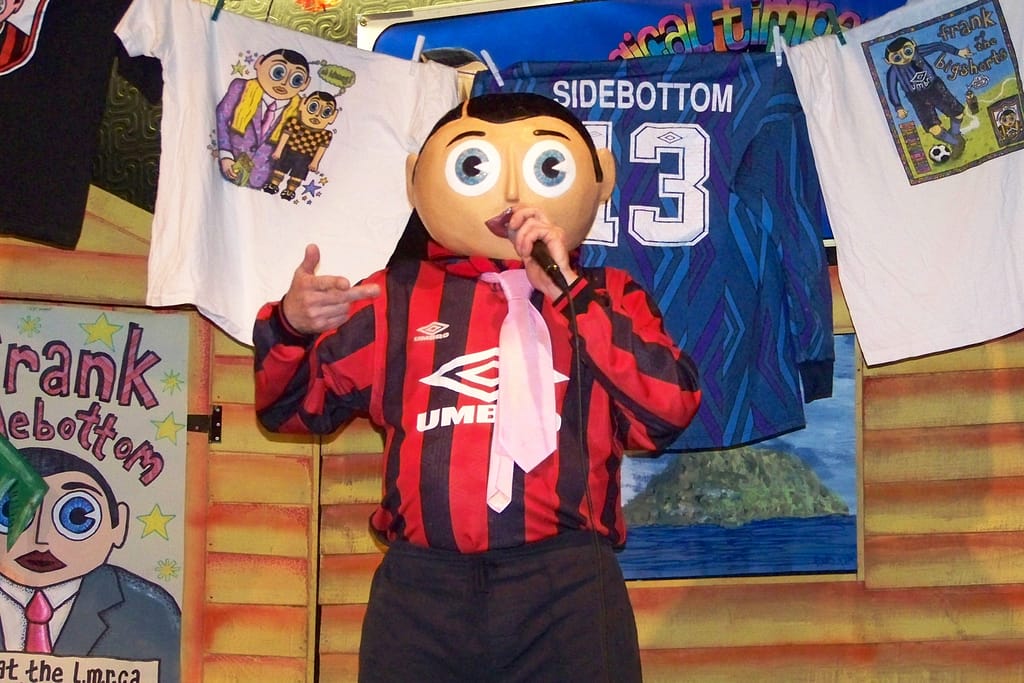 June 21st, 2022 marks 12 years since Chris Sievey, the man behind Frank Sidebottom and The Freshies passed away.

There isn’t a day that goes by that Chris or Frank doesn’t come into my thoughts in one way or another. Both had such a lasting impact in my life, bringing joy and fun times, even more so when I got to know Chris a little. His energy, imagination, and irreverence are sorely missed from the world of show business, too.

As is customary, here are some photos I took and a video I filmed of Frank in action. 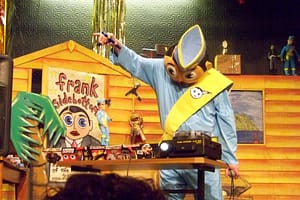 Part of Chris’ legacy, the band The Freshies, reformed and began performing again a few years back. Boasting two members of the band from back in the day – Barry Spencer and Rick Sarko – they will be playing at The Grafton Arms in Manchester on July 16th and it’ll be far from bobbins. See you there!