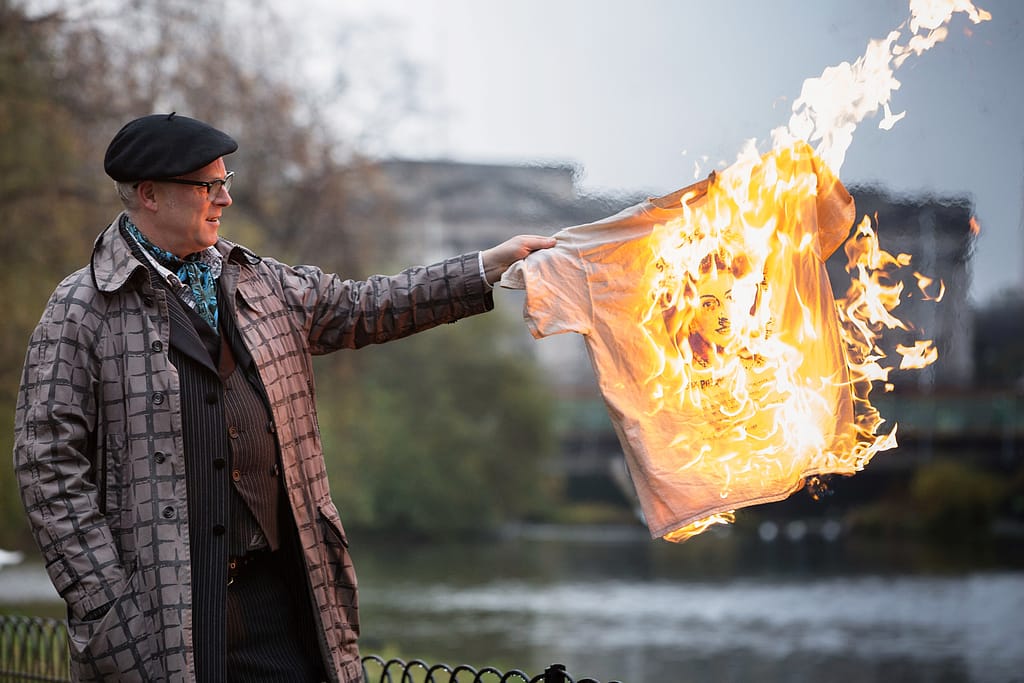 Punk rock has been the subject of more documentaries than you could imagine. Many focus on the bands, the controversy, and the impact on society. Many look back with rose-tinted glasses (albeit cracked) or worse, retcon things to be more than it was. Sure, it was a vitally important movement both musically and socially, but is it something that was worthy of a 40th-anniversary celebration in London? The capital has certainly made some filthy lucre from the tourists, but are the arts councils and authority figures rejoicing something that was, for many, opposed to all of those institutions. Who wants to be an institution, right?

This documentary by Nigel Askew follows Vivienne Westwood and Malcolm McLaren’s son Joe Corré after his announcement that he will be burning his punk memorabilia. Was this social destruction, akin to destroying original Charles Dickens manuscripts or the ultimate act of rebellion and 100% punk? 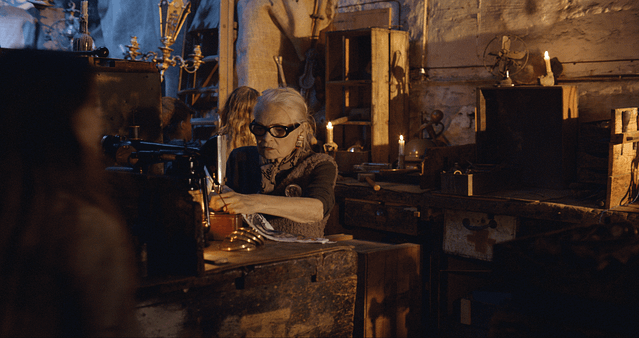 Askew’s film takes a leaf out of Julien Temple’s The Great Rock n’ Roll Swindle (1980), with narrative sequences that include children in a workshop, led by a McLaren ‘Fagin’ character. The kids use the similar sort of reasoning Malcolm used about the world. And it’s hard to argue against what’s being said, however annoyingly precocious they seem. Outside of these scenes, there’s a wealth of talking heads – such as Eddie Tudor-Pole (Tenpole Tudor) and the late Jordan Mooney (who worked McLaren and Westwood’s SEX shop and was a punk icon) – and archive footage that shows both sides of the argument that Corré aims to make with burning the merchandise.

As it comes to the moment of conflagration, something good comes from it as it is used to highlight the bigger issues of the environment and the way that money rules peoples’ lives to the extent that governments rely on people being subservient. Presenting the bonfire of merch as an art exhibition ‘Extinction – Your Future’, punning on the refrain of God Save the Queen.

On a personal note, as much as I agree with the sentiment of Corré when it comes to the adulation of something that was transient and is revered by the very establishment it sought to rebel against. However, I do believe that some – if not all – of the ephemera he destroyed are irreplaceable artefacts that while not belonging in a museum, do need to have been preserved. Maybe that’s the hoarder instinct in me, but however much I may collect ‘things’, I do agree that there’s a big difference between price and value. By putting the price of five million on the items, it belittled the value and no doubt stoked Corré’s desire to go through with the action. And I’m sure it has nothing to do with the fact that his father cut him out of his will.

Wake up PUNK is an interesting document showing a different, more personal, side to the movement that we usually see and whatever your feelings are about Corré’s actions, it’s a fascinating watch.

The film is released at UK cinemas on May 5th and available on demand on May 9th.

Find out more at https://www.republicfilmdistribution.co.uk/wakeuppunk.