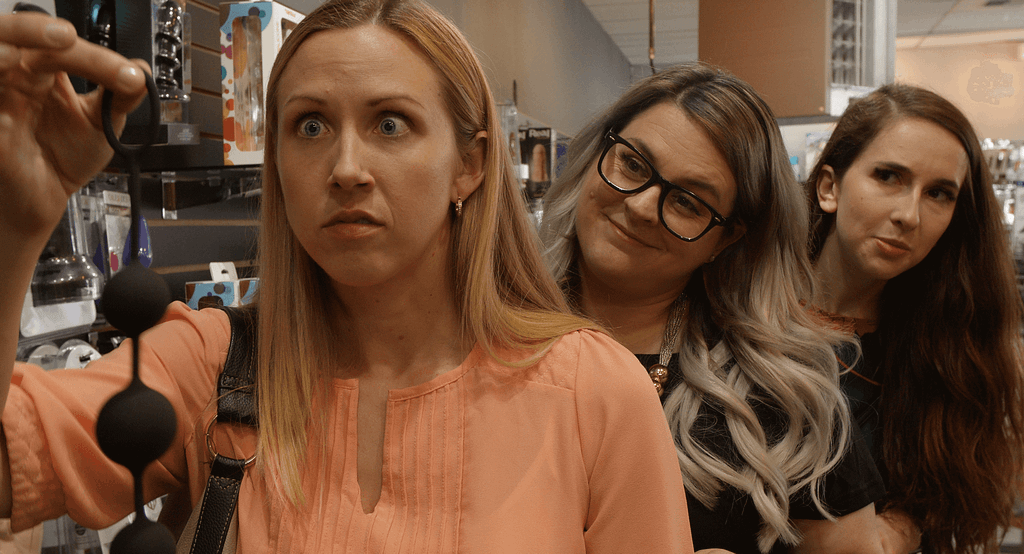 This debut feature from writer/director/actor George A. Tramountanas sounds on paper as if it’d be a saucy, ribald, American Pie/Hangover-type comedy, but there’s a heart in the story that’s as surprising as the subject matter. 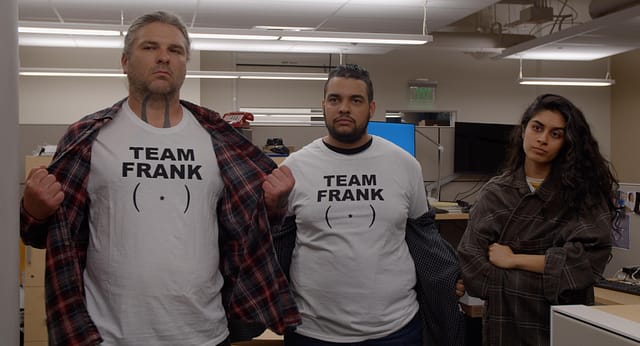 While the premise of Win a Trip to Browntown! is as crass as it comes (ahem), Tramountanas’ script is surprisingly sensitive, concentrating on family matters more than it does bedroom activities. That said, there’s plenty of saucy humour throughout, even it never resorts to being outright crude or offensive. Laura’s sister (Heather Reynosa) provides some helpful hints and tips (quite literally) to ease her into her bum fun, including a particularly humorous visit to an Anne Summers-style store, and Frank’s workmate (Phillip Dean Silva) starts a Reddit thread, which turns Frank’s predicament and blog into a viral hit. Also brought into focus in the story is how Frank feels as though he’s not amounted to anything as he hasn’t been successful as a writer. As the situation progresses, he gets his mindset into what’s important to him and comes to terms with where he is in his life. It’s fun to see the female angle of the sex, too, making it very accessible (hmmm…) and a little less salacious.

The film is clearly an independent production but everyone excels performance-wise, even the kids (two of which are Tramountanas’ own). There are occasions where the lack of budget shows, but in fairness, it’s not often enough to cause a problem. Tramountanas and McDermott are a likeable pair, and, while it’s debateable whether backdoor love is the thing every male wants (it’s certainly not on my wish list!), the concept is crazy enough and handled well enough to make it a fun ride (so to speak).

If Steven Spielberg directed a no-budget sex comedy, it’d be something like this.

Win a Trip to Browntown! is available on digital platforms in the US.