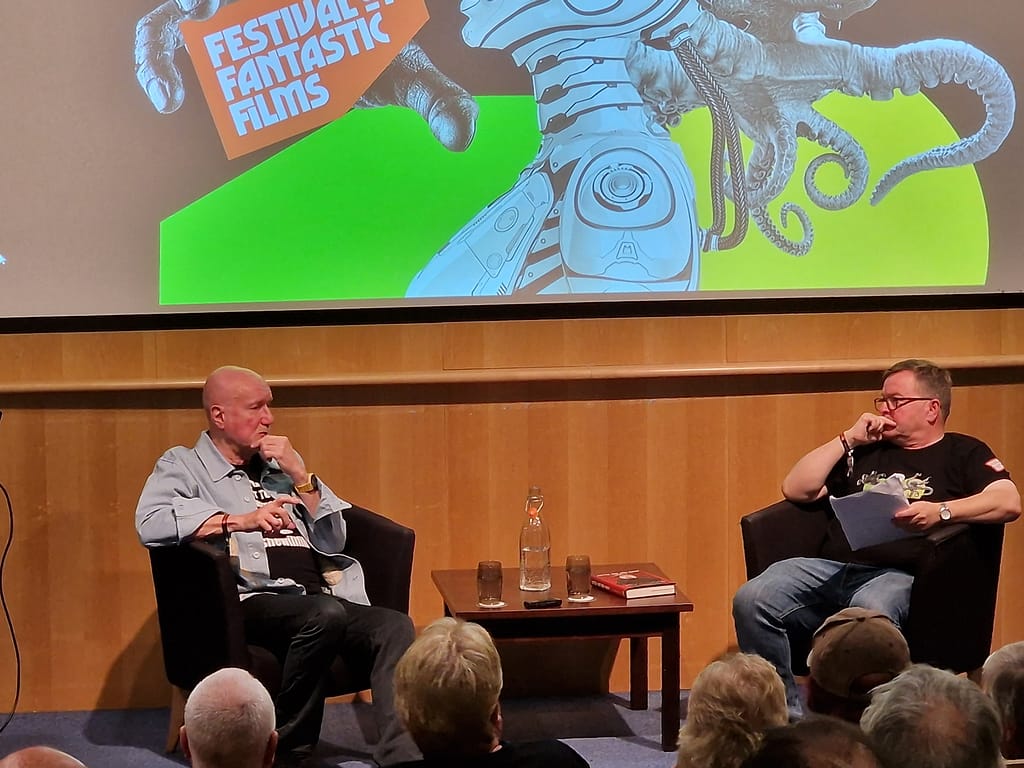 The annual Festival of Fantastic Films took place in Manchester, revamped following the sad death of long-time stalwart Gil Lane-Young. Guests this year were the ever-entertaining David McGillivray, who spoke of his work with the late Norman J. Warren amongst other things; Jeremy Dyson, member of The League of Gentlemen and co-author of Ghost Stories; Dani Thompson, ‘scream princess’ and star of numerous British indie horror films (as well as former glamour model); Judy Matheson, who appeared in a couple of Hammer Films and Pete Walker’s The Flesh and Blood Show, and even one of my favourites Confessions of a Window Cleaner; author Adam Nevill (The Ritual), and stuntman Frazer Diamond, who was celebrating his father’s work (Peter Diamond worked with Hammer, Amicus, and Tigon, as well as on the Star Wars movies). Also around at various points of the weekend were comedian Toby Hadoke (who gave an impressive reading of a classic Nigel Kneale short story that suitably chilled the audience), and the festival’s ever-present festival President Ramsey Campbell and fellow writers (and regular attendees) Stephen Laws and Stephen Gallagher.

It was great to see so many familiar faces and even though this was its 32nd incarnation, it’s clear it’s set to grow in stature and become the behemoth it once was in the heyday in which it boasted guests such as Roger Corman, Ingrid Pitt, Ray Harryhausen, and Paul Naschy.

On a personal note, it was lovely hanging with my festival buddies Ed and Pete, sharing a beer and having an (often non-PC) laugh, and getting to know Dani Thompson a little more, after meeting her properly at a free-bar party at FrightFest – and a big thank you to one of the festival commitee (and long-time buddy) Stephen Fenerty for well, he’ll know! Having a dance in FAB with her is something to remember! I just wish I hadn’t missed her karaoke turn the following night.

I only watched one full film, Manfish, a low-budget British picture that makes up with heart what it lacks in money. I can highly recommend it. The director Marc Coleman and star Dean Kilbey were also on hand to provide some entertaining insight into the production.

We also managed to distribute some free copies of STARBURST to the lucky attendees, so we hope you all enjoyed them!

Some phone pictures are below.

Don’t miss the festival when it returns next year!

Find out more at https://fantastic-films.uk/