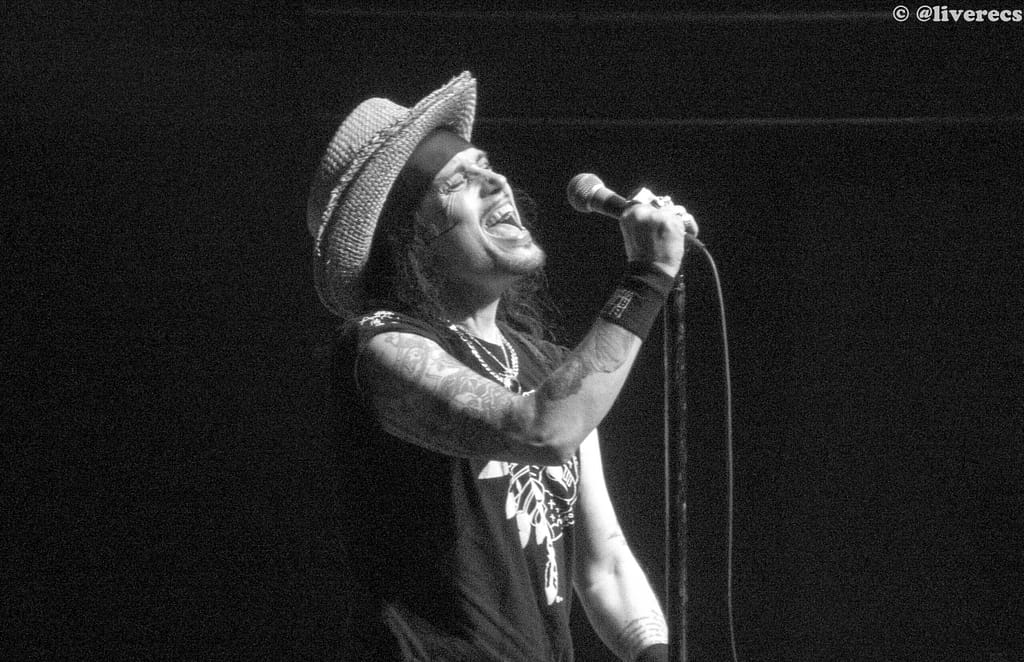 After previous tours focused on individual albums – Dirk Wears White Sox and mainstream breakthrough Kings of the Wild Frontier – the dandy highwayman returns with show entitled Anthems – the Singles Tour, which proves to be more than just a predictable run through of crowd-pleasers.

Despite years in the wilderness and well-publicised troubles, when Adam returned to the stage several years ago, few could predict that the older punk would still ‘have it’ or even release new material. That he did, but there are no songs from the most recent album tonight. Nor is this just a set formed of check-list hits. Both the opener and set closer were B-sides to singles, and the rest of the show was peppered with songs that were even more obscure, but the crowd still lapped it up.

Adam’s tight band – two fantastic drummers and new guitarist Adam Paul Leach, who replaced the late Tom Edwards, who passed away in January, are more than just hired hands – they provide the backbone to the songs that people have come to hear perfectly. And those songs hit home instantly. Even the lesser-known tracks are welcomed with an ecstatic roar. Like the last tour, Adam has chosen to play seated venues but that doesn’t mean it’s a reserved crowd giving polite applause after each song. Oh no, everyone is on their feet from the first bar and the more enthusiastic fans invade the aisles while dancing and singing.

The big hits get the loudest response, naturally, but there’s still a lot of love for the likes of Young Parisians – the very first Adam and the Ants single – and its flipside Lady, not to mention later songs like the beautiful Wonderful. Adam struts across the stage, looking a lot healthier and svelte than he did on his stage return seven years ago or so. Gone are the moobs and pot belly and he’s looking nowhere near his age of 62. Although he says very little to the audience – short of introducing a couple of song and his band members – Adam exudes charisma, and even though he no longer sports the white stripe of his heyday, his energy and talent is still unmistakable.

It’s only when you witness the star power of Adam Ant on an evening like this that you remember and appreciate how bloody fantastic his songs were. Far from bubble gum pop he was often dismissed as in his ‘unfashionable’ phase of the ‘90s, these songs stand the test of time and rock!