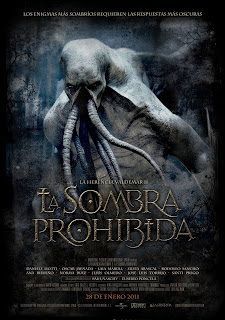 After a wait that seemed forever, but has only actually been about 11 months, the follow up of the story started in the superb La Herencia Valdemar (The Valdemar Legacy) has hit DVD. (*Spain only again so far…*) For a more in depth look at the first film, check out my Starburst Magazine Column from July/Aug. La Sombra Prohibida (The Forbidden Shadow) starts with a quick re-cap on the first film, then is straight into the story of the missing taxation expert Luisa (Silvia Abascal), who has escaped her captors, only to be almost run over by her boss Eduardo (Rodolfo Sancho), who is en-route to the Valdemar house at the insistence of the company owner, the sinister looking Maximillian (Eusebio Poncela).She takes refuge in an old gypsy woman’s caravan, but is soon back in the clutches of the bad guys. Lots of things happen very quickly and sadly, the story telling in this second part is a little too jumbled to recap without having too many spoilers. There is a new character introduced in the shape of Santiago (Santi Prego) who is both creepy and slightly sympathetic. He attempts to help the stricken good guys but things are not always what they seem.. 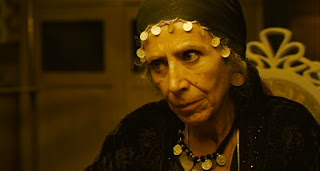 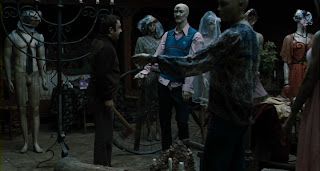 Paul Naschy’s role as the servant Jervas is kept to only a small number of scenes, but you can see he is not very well so it’s probably fair enough (the film is dedicated to the legendary actor’s memory), the ‘flashback’ scenes as such are kept very brief, basically just to set up the rest of the story. 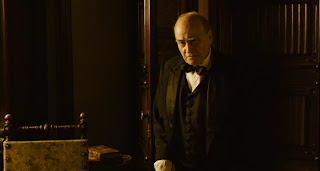 I was really looking forward to this film, as the first part was such a fantastic little tale and well executed (in my opinion) but I’ll be honest, I was very let down. Like I said, the story got kind of puddled, I think they tired to do much in the short time they had, and the much anticipated appearance of Cthulhu (not a spoiler – it’s on the poster and was in the “continued…” section at the end of the first film) is spectacular, but far too short. The visual effects don’t seem as strong in this part either, which is surprising.
It’s certainly not terrible, but coming after such a strong first film, I had hoped the story would have had a better pay off. The modern day part of the story I guess just wasn’t as well thought out as it should have been. A shame. A wasted opportunity. 6 out of 10 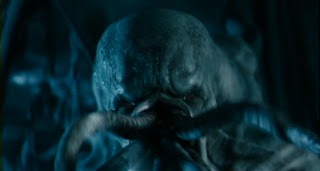