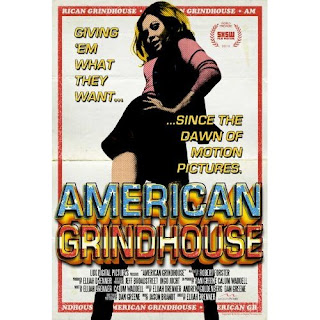 An new documentary on the still in vogue genre of “grindhouse” Over the past few years a few films have come out in the forced ‘style’ of the grindhouse film, kick started by the Tarrantino/Rodriguez film, which was a brilliant idea, with it’s fake trailers and missing reels, but was not a big hit with the cinema paying audience. (hence the release of the two films separately). More and more films are having the style applied, some very good (Hobo With  A Shotgun) and some horrendously bad (the Norwegian I Spit On Your Grave rip off Hora).
A collection of talking heads and film clips that benefits from being a little more in depth than some others I’ve seen and takes us from the dawn of cinema to the ‘usual suspects’ of the 70s classics and beyond. 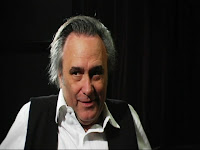 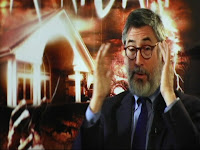 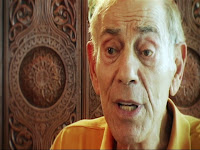 With contributions from two of my favourite directors, John Landis and Joe Dante. American Grindhouse is easy to watch, and very informative. Narrated by Robert (Jackie Brown) Forster in a dry ‘obviously just reading it’ tone but the input from the academics and directors more than makes up for it. People like Fred Olen Ray, David (Last House) Hess, William (Maniac – also behind Blue Underground DVD) Lustig, Jack (Spider Baby) Hill, the wonderful HG Lewis, blacksploitation star Fred Williamson and in what was probably his last interview before his death in 2009, Ilsa director Don Edmonds, amongst others. The winner of ‘tache of the doc goes to the wonderful Ted V. Mikels although Landis’ beard always entertains.

One particular section intercuts the shower scene from Psycho with the bath scene in Blood Feast, to show the similarity the two movies, no matter how much of a difference in quality there was. There’s plenty to learn, even if you’ve seen other ‘midnight movie’ type documentaries, and the DVD is packed full of extras in the shape of trailers and stills galleries. In fact there’s so much I haven’t gone through them all yet. Its also a great documentary to add films to your shopping list of must see movies! There were at least a dozen I hadn’t seen that I must track down!!

Very highly recommended. It’s available on Region 1 DVD, but also in a double pack with another good documentary Nightmares In Red White And Blue.
9 out of 10