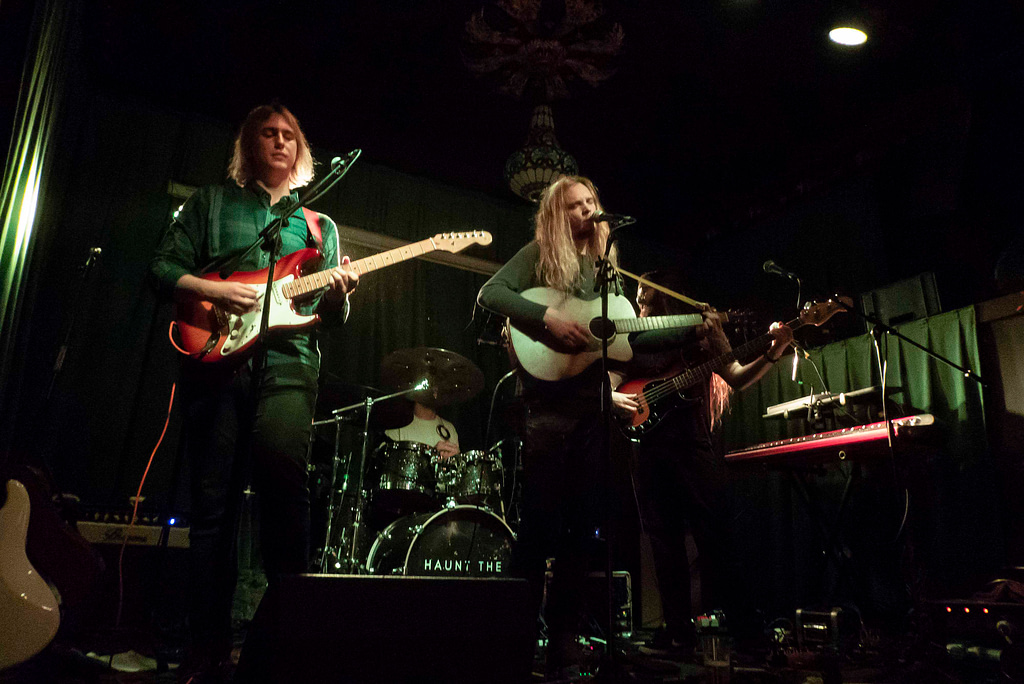 Cornish band Haunt the Woods made their Manchester debut on Monday, October 25th, 2021 at Gullivers, the popular hangout in the Northern Quarter. It was a show meant to be in the middle of the tour that was rescheduled from 2020 due to the pandemic lockdown. The dreaded Covid also put pay to the start of the new dates due to a member of the band catching the virus. So Manchester suddenly became the opening night. More woes would befall the band as the traffic on the M4 caused them to be late.

So the doors opened nearly two hours late, but the enthusiastic crowd were determined to have a great night. Support act Soma Sons got the audience going and had brought a decent group of fans themselves.

When Haunt the Woods finally graced the stage, it was a little after 10pm and with an 11pm curfew fast approaching, the band had to curtail their set somewhat. With added female backing vocals and the addition of another guitarist for the first half of the set, the band sounded immense. The group was clearly getting into it too despite having no soundcheck, and manage to perform Sleepwalking completely unplugged in the centre of the audience.

Sneaking an extra song past curfew, the band bow out on Helter Skelter before bidding the audience goodnight but still found the time to hang around to chat to fans. I’ve waited quite a while to catch the band live and wasn’t disappointed. A beautiful blend of harmonies and songwriting skills make the band one to watch out for. Let’s hope they don’t leave it too long before they head back up north.

Find out more about Haunt the Woods at their website: https://www.hauntthewoods.co.uk/