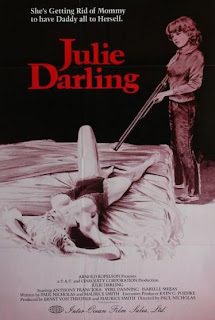 Young Julie (Isabelle Mejias) loves her daddy. A little too much, unfortunately. They spend lots of time together, mostly hunting, and Julie, it seems, is quite a crack shot. After a string of fall outs with her mother (Cindy Girling) which culminates with her setting the teen’s pet snake loose, Julie has a strop and puts her headphones on and locks her door. This coincides with her mom getting brutally attacked and raped by the local delivery boy she asked to help get rid of the pet. Just about hearing her screams in the nick of time, she grabs her rifle (every girl should have one) and aims it at her mom’s assailant. Dawdling a little too long, and suddenly mom is dead, her head smashed against the wooden floor. Realising she now has her Father (Anthony Franciosa, Tenebre) to herself, she allows the assailant to make his escape. 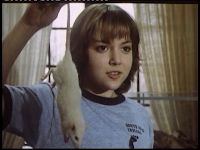 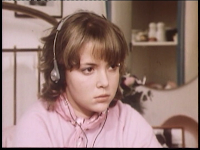 Father and daughter adapt to live alone, the blossoming teen taking advantage of having the grieving father to herself, even going so far as to consoling themselves by sharing a bed. As time goes on, father  Harold meets a new woman, Susan (the marvelous Sybil Danning) who moves in along with her son. Julie isn’t happy with this arrangement, but puts up with it until a chance comes that she must take. Playing hide and seek while the folks are away, the boy hides in the refrigerator that is conveniently lying around their garden, and Julie shuts the door on him. When the parents return, they find him just in the nick of time, and drop the bombshell that they have married. Susan has her suspicions about Julie, and has it out with her in a fantastic scene acted out over a game of chess. Julie must hatch a bigger plan to oust the pair and have daddy all to herself again. 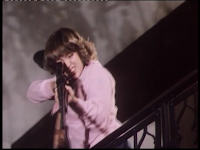 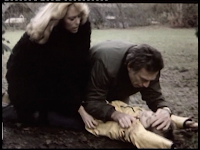 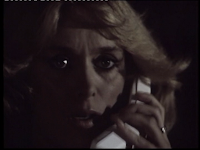 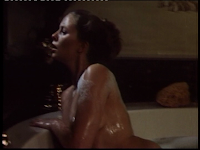 This early 80s piece of nastiness comes (with the “help” of co-writer Maurice Smith) from Paul Nicholas, the director who brought us the best WIP flick, Chained Heat (1983). Although it is a thoroughly entertaining piece of sleaze, there are a few moments that are quite troubling. The homicidal child routine has been done before, many times, and better than this. The troubling moment comes when Julie awakes to the sound of her father and his new wife making love. She opens the door slightly to peek inside, and then imagines herself in the throes of passion with him instead. It’s one thing having incest hinted at, or just under the radar, but to go all out and show it takes some balls as a film maker! I’m guessing Mejias was older than her character when she played this, as there is some nudity involved, and the film has not been impounded. The real problem with having this in the story, however is that is never mentioned, or hinted at again. Similarly, Susan has a tense heart to heart with Julie over the game of chess. Basically telling her that she knows she is trying to get rid of her and her son (who we don’t see again after he’s saved from the fridge) . Yet, a scene or two later, she asks the young girl to help steady a ladder she’s working on, right at the top of some stairs! Talk about trust. Talk about a missed opportunity for Julie!  Although there are flaws – some of the younger actors are abysmal – it is a quite effect exploitation film, with plenty of nudity and well put together scenes of violence. The ending is fantastic, so I won’t ruin it.
THE UK VERSION ANOMALY 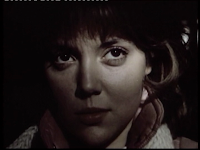 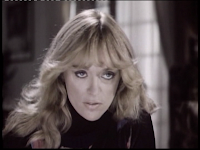 I picked this up for £4 on a UK DVD release by Elstree Hill. They have, of course, got a reputation of putting out shoddy and awful prints on their DVDs, and Julie Darling is no exception. It’s probably sourced from a VHS copy, full frame, not even pan and scan. The opening titles are actually “Ulie Darlin” and it’s quite muddy and dark. There is a Code Red US release, but it’s OOP and costs a lot more than this (although I wouldn’t mind hearing the commentaries, as there are one for each of the two main actresses). The back of the box does warn “some quality may have been lost during the transferring process”. No kidding. At least it’s not as bad as some of their other releases. The real interesting (for want of a better word) thing about the UK release, is it has a PG rating. Considering what I have already said about the subject matter, the fact that there’s plenty of violence, nudity (although no front bottoms, sadly) and one “F” word, I was surprised to say the least. After doing a check on the BBFC website, which has a great database search facility, I found not only had Elstree Hill not put the film through the board to get the PG certificate, but the film has NEVER been rated in the UK, making this release completely illegal. I’m pretty sure it would have had a pre-cert VHS release, but it was never rated for cinema or home viewing. Buy it now, kids before they get wise. 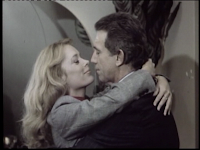 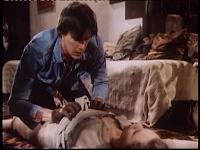 Apart from all that, it’s a good, solid piece of trash cinema and Sybil Danning’s boobs are always worth a look, ain’t they? (No disrespect meant, as she is brilliant in this)
6 out of 10