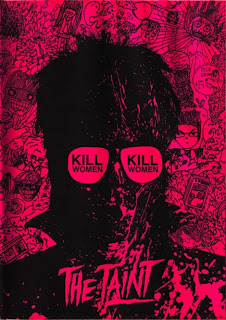 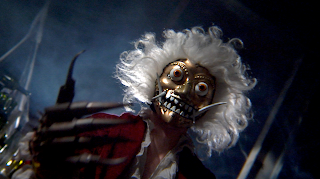 The thing with this film is, it’s actually very well made. The guys have managed to make a no budget film that uses it’s lack of budget to it’s advantage. The characters have that throw back to the 80s look with the wigs, etc.. (remember the Beastie Boys’ Sabotage promo shot by Spike Jonze?) and the dialogue is suitably over the top, but the winner here, as I say is the effects. It’s the sort of film Bill Zebub wishes he could make, but keeps missing out on.

What’s even better is the price of the film. You can get it from the guys themselves for less than £10 UK delivered. ($12 in the US). They are also selling it on good old retro VHS and with other packages that are worth looking at. This is a cult classic just waiting to be discovered, and devoured, the perfect film to watch with a few mates and a few beers . Go and discover people…
8 out of 10