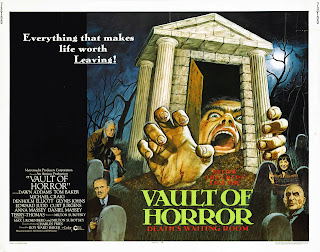 From the wonderful Amicus studios, another crazy 70s portmanteau film. This time the luminaries include Curd Jurgens (before his Bond stint in The Spy Who Loved Me), Terry Thomas, a pre-Doctor Who Tom Baker, Michael Craig and Daniel Massey (who appears with his real life sister Anna in the opening story).
Trapped in a basement of a large office block, with only some complimentary alcohol to break the ice, the group begin to re-count their individual recurring dreams, or as they turn out, nightmares. 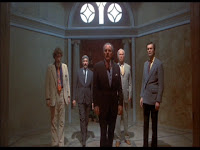 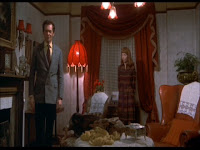 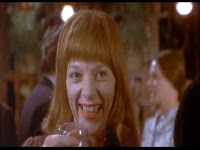 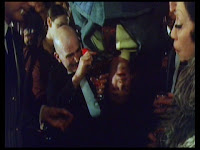 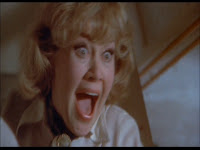 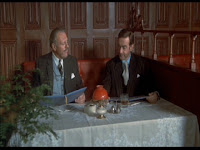 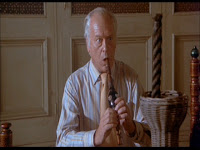 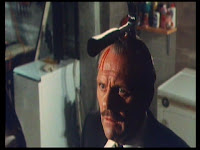 The five stories are all based on the old EC comic ‘Tales From The Crypt’- except one, the Thomas story – which has a brilliant turn by the lovely Glynis Johns and a cameo by the only other actor to play Dracula for Hammer Films, John Forbes-Robertson – comes from ‘Shock SuspenStories’. 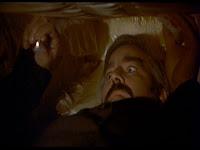 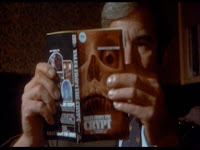 Like most of the Amicus films, they are quite light on horror and suspense, and go more for tongue in cheek gallows humour, and shocks with the twist in the end. The most horrific part of all is Terry Thomas getting into Glynis Johns’ knickers (literally). Never the less, they are fun and never grow boring, as the short story format means you don’t have to wait too long for a new tale if you’re not enjoying this one… 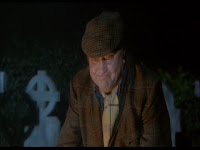 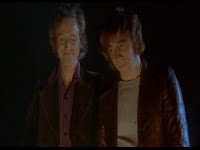 Also worth watching out for are Robin Nedwell and Geoffrey Davis, who were big UK TV stars in the Doctor In The House series, playing student doctors. It was a brilliant touch which reminded me of the classic Ealing anthology, Dead Of Night (1945) which re-united Basil Radford and Naunton Wayne, who were synonymous together, after appearing as Charters and Caldicott in  Hitchcock’s The Lady Vanishes (1938). – Also in the Ealing film was Mervyn Johns, father of Glynis, but maybe I’m making far too many loose connections… 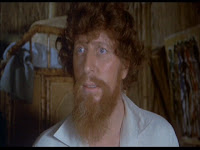 Small parts also go to Denholm Elliot, Carry On regular Marianne Stone and the ever reliable Arthur Mullard. A true British institution! Add to that the brilliant Roy Ward Baker’s direction they don’t make them like this anymore. 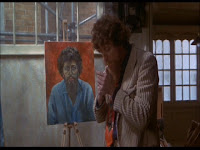 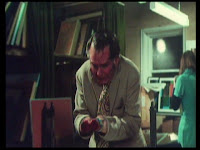 While Vault is not the best of the Amicus anthologies, it is a fun one. I just hope one day someone will discover some footage of the original ending, as seen in the old horror film books I used to read back in the 70s, with the cast (minus Jurgens who is unchanged) with their zombie/corpse faces. We can only hope and until then, keep on having the recurring dream… I know it’s not much of a review, but I wanted an excuse to put a load of ace screen grabs up.
8 out of 10. 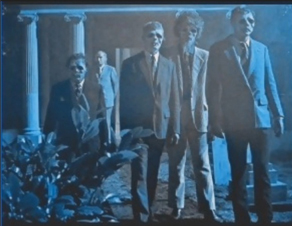