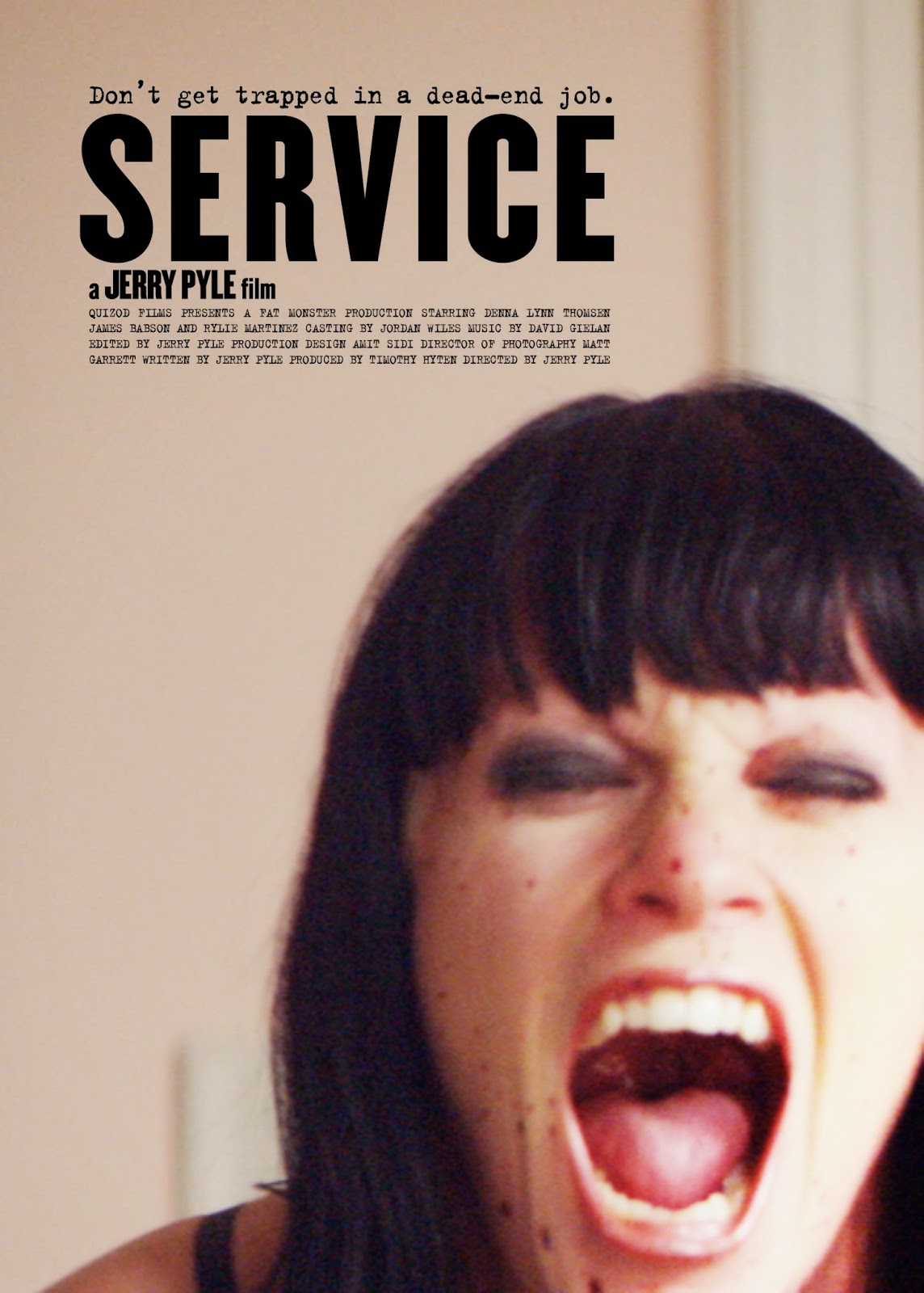 Service is the second short film from writer/director Jerry Pyle, and manages to succeed in creating the right amount of tension and anxiety in its short running time (just under 8 minutes) with the help of an oppressive score and believable, frantic acting.

Lucy (Denna Lynn Thomsen, perhaps best known for her appearance opposite Shia LaBeouf in the Sigur Rós video Fjögur píanó) finds herself having to take her daughter Annie (Rylie Martinez) to her job, which appears to be as a domestic. She tells her to stay in a bedroom, and gets ready for work. Stripping down to sexy underwear, she tickles a feather duster around while attempting to converse with her employer, who, it becomes clear, is paralysed – it’s fair to assume that this job is purely for his titillation rather than genuine housekeeping. When he doesn’t respond to her conversation, she takes a closer look and finds he has been stabbed. Shocked and panicking, she runs to the bedroom to find Annie is no longer alone.

An interesting take on the home invasion trope, Service manages to put a much different slant on the motive and antagonist (which I won’t reveal so as not to spoil the film). Thomsen is fantastic as the mother driven to extreme measures in both work and in trying to protect her daughter; the fear and tension conveyed is palpable. This is heightened by a throbbing John Carpenter-esque score by David Gielan, and the fantastic sound design by Brandon Jones. 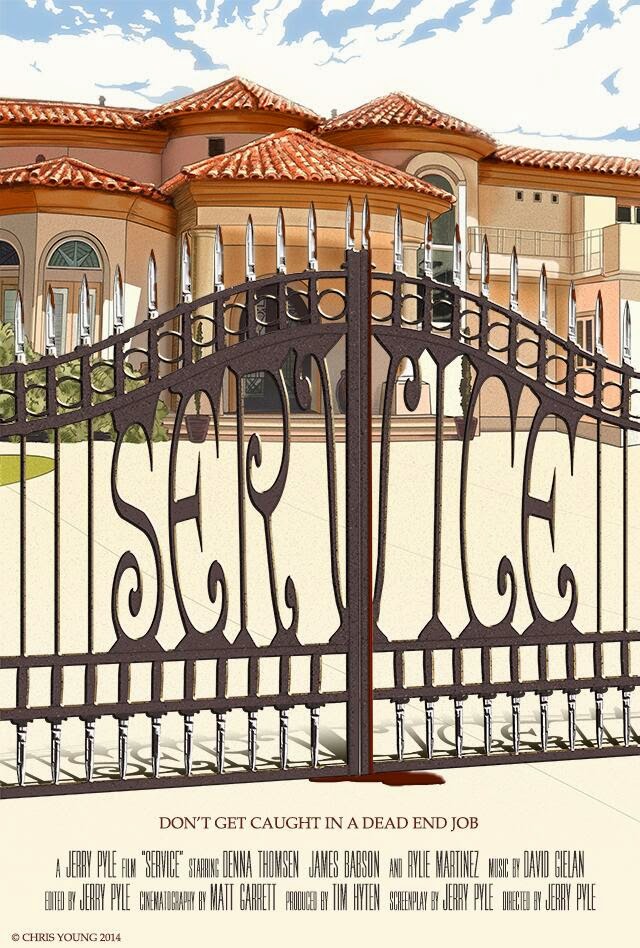 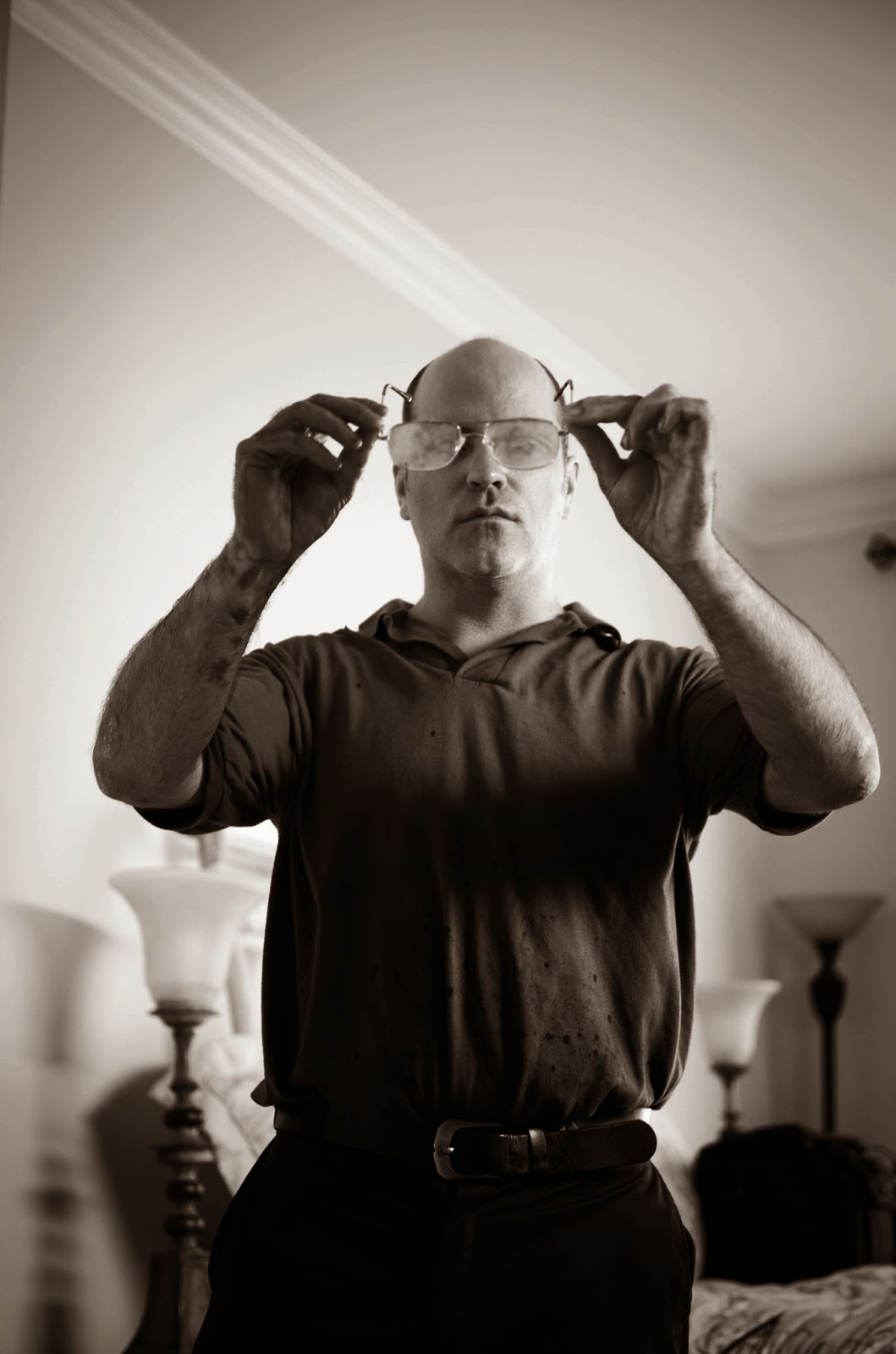 Pyle’s direction is impressive, and shows much promise for things to come. Service should go down a storm at festivals throughout the Summer. Keep an eye open for it, and in the meantime follow the Facebook page for screening announcements and other info.