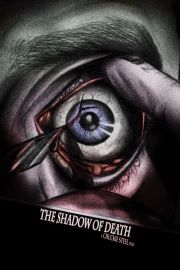 Becoming lost in the woods after heading out to ‘score some weed’, three house mates –  sensible Debra (Corinna Jane), computer geek Jamie (Jane West) and annoying stoner Nancy (Sophia Disgrace) – and their wise cracking, loser friend Dan (Daniel Carter-Hope) unwittingly become prey to a madman doing away with people in increasingly inventive ways. Their only hope may well come from a wanna be cop, the self styled Super Special Officer Cop Craven (Dan Bone) of the Super Secret Police Force. Let’s just hope they don’t rely on him too much though… 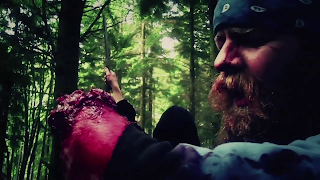 While it may not sound the most original of subjects, Director Gav Chuckie Steel manages to weave an interesting and fun take on the standard tropes, without resorting to copycat or parody.

The over saturated look gives it a grindhouse feel, without having to go as far as some have to force that. (it doesn’t go over the top with fake film scratches and there’s no missing reels here, folks!)

The Shadow of Death is a no budget film. IMDB says it cost £250. From what you see on screen, I wouldn’t have believed it. Both the practical make up FX (there’s some effective gory moments) and the inventive use of camera angles and sound are much better than you’d see in films with a much larger budget; you know the ones that would turn up on late night screenings on The Horror Channel, or straight to DVD. The acting is above the standard you’d expect in a film at this level too. While I found a lot of the characters annoying (I really hate people preoccupied with drugs) by the end I had warmed to them, and there are several funny moments.

The film is peppered with film references, from the subtle (Cannibal Holocaust) to the obvious (naming the pub The Slaughtered Lamb, Evil Dead), and while these are fun, they don’t take over the film. I did get a feel of The Wicker Man in there too, especially with the use of music.

It is hoped the film will get into a few of the horror festivals held around the country later in the year, and it certainly is well worth checking out. It could easily work as a calling card to the industry for Gav Steel, and I hope he does well in the future. You can find out more about the film at the website
UPDATE: You can now view the film in full, for free at Youtube. Thank you Gav!
8 out of 10 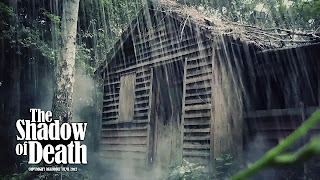