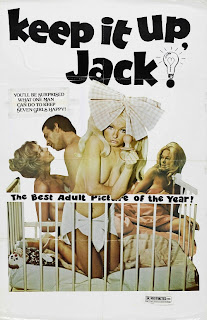 This is one of the more obscure of the British 70s sex comedies, with no re-issue and only dodgy copies from old VHS tapes doing the rounds.
Jack James (Mark Jones) is a music hall impressionist whose act is going down as well as a turd in a swimming pool. A call from a London solicitor (Frank Thornton) telling him to come to London for a meeting comes at the right time, as he’s just been sacked. Assuming it’s for a job he heads for the city, and after having a bit of knees up with the cleaning lady (Queenie Watts) he is told that an elderly Aunt has died and left him her large estate. Things are not what they seem though and it turns out old Auntie home was actually a brothel. 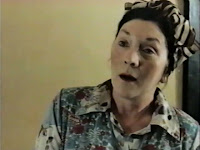 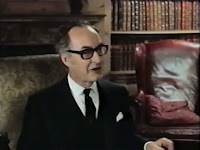 When Jack arrives at the mansion he finds Virginia (the lovely and reliable Sue Longhurst) pleasuring herself on the bed. Well, we can only assume she is hyper sensitive in the crotch area as she just has it there to cover her lady bits while she writhes around. It turns out she is unaware of Auntie’s demise, and assumes it’s business as usual at the house of ill repute. Jack comes up with a bizarre plan to impersonate his Aunt to keep the running of the house going. When more girls arrive, and start demanding some clients, Jack runs himself ragged ‘being’ the different people before he hands over the running of the business to Virginia. 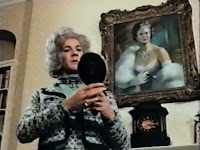 When he sees the immoral activities in reality, he objects and it gets worse when a naive young girl looking to make money turns up. He falls for Fleur (Maggi Burton) and does his best to make sure she is unsullied.
With the constant changing into different characters, the film has a feel of a typical Brian Rix type slamming door comedy, but sadly this has none of the laughs that those situations usually allow for. 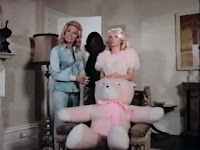 Director/writer Derek Ford (A Promise of Bed, Groupie Girl, etc..) holds it together in this kind of re-working of Charley’s Aunt, – but it is the flesh on display that keeps your interest rather than humour or even sex. Ford was infamous for adding hardcore scenes in for foreign markets, and this was no exception, apparently they even asked Sue Longhurst to get in on the act, but quite wisely she declined. Apart from the aforementioned appearances by some great 70s faces (Thornton and Queenie only appear for a few minutes sadly), there are not many familiar faces, and these types of films generally hold up better when you have more famous faces – even if it’s only to see how low their career went! Sue Longhurst is the real star here, but it’s worth watching out for Linda Regan – later a TV regular, and a yellow coat in Hi-de-Hi – as the annoying voiced Gloria (who wants to “get pennies“). It is, however, a film she does not list on her filmography on her official site, maybe due to the nudity? At the end of the day though, Mark Jones is no Robin Askwith, he’s not even a Christopher Neil! 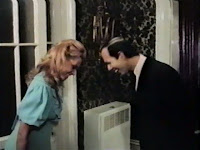 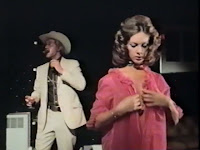 I could have done without the annoying “Keep it up, Jack” refrain that rings out almost every time Jack changes costume. Yes, sorry sex lovers, keep it up does not refer to keeping THAT up.
A rare relic, but just don’t expect anyone to put the effort into unearthing it for a re-release for a long while.
3 out of 10.