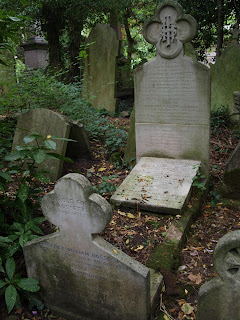 I have mentioned this wonderful grave before, in a previous piece on Highgate Cemetery, and think it is worthy of it’s own space, and some more photos.
Elizabeth Siddal was the one time wife of Pre-Raphaelite painter Dante Gabriel Rossetti, as well as muse for many of the painters in that circle, and notably the model for John Everett Millais’ Ophelia, one of the most famous and beautiful paintings of the period, if not ever.
When Elizabeth died after an overdose of laudanum – to which she was addicted – she was buried in the Rossetti plot at Highgate (the west side, accessible only via tour, and even then you only have a rare chance of going to the grave as it is not on the regular tour route). Also in the grave are Christina Rossetti, the poet sister of Gabriel, as well as his mother, Francis Polidori Rossetti (who was the sister of John William Polidori, author of the very first vampire book, The Vampyre) and brother William Michael – a co founder of the Brotherhood – along with his wife, Lucy Madox Brown, daughter of Dante’s mentor Ford Madox Brown. 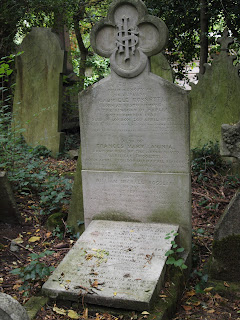 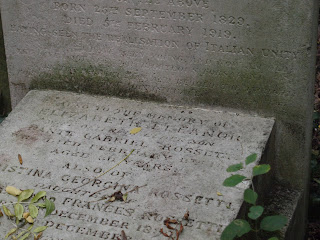 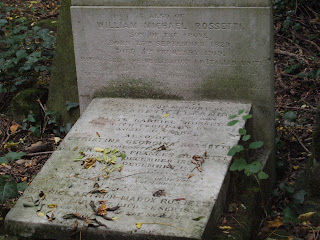 There is a famous story that Elizabeth was buried with a book of Dante’s unpublished poems, and that years later he successfully applied to have her body exhumed to retrieve the poems. Conflicting reports abound about Dante’s presence, some saying he fainted when the coffin was opened, but I believe he was not there, but he was allegedly haunted by the act of digging up his ex-love’s body for the rest of his life. The story also says that when her coffin was opened, the diggers found that her corpse had not decomposed, and her beauty was intact, and her long red hair had grown and was almost filling the casket. What ever the truth was, when the poems were published, they were not very well received by the critics of the time. 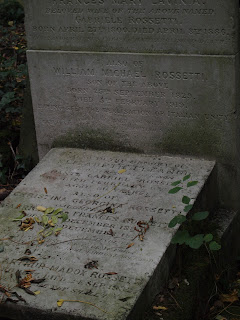 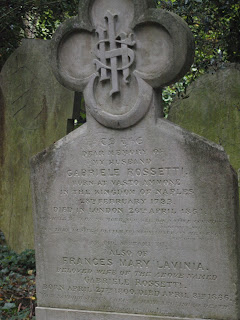 Dante himself is buried in a small church in Birchington-on-sea, not far from Margate in Kent. It is a grave I hope to visit one day, not least for its cross memorial designed by Ford Madox Brown.