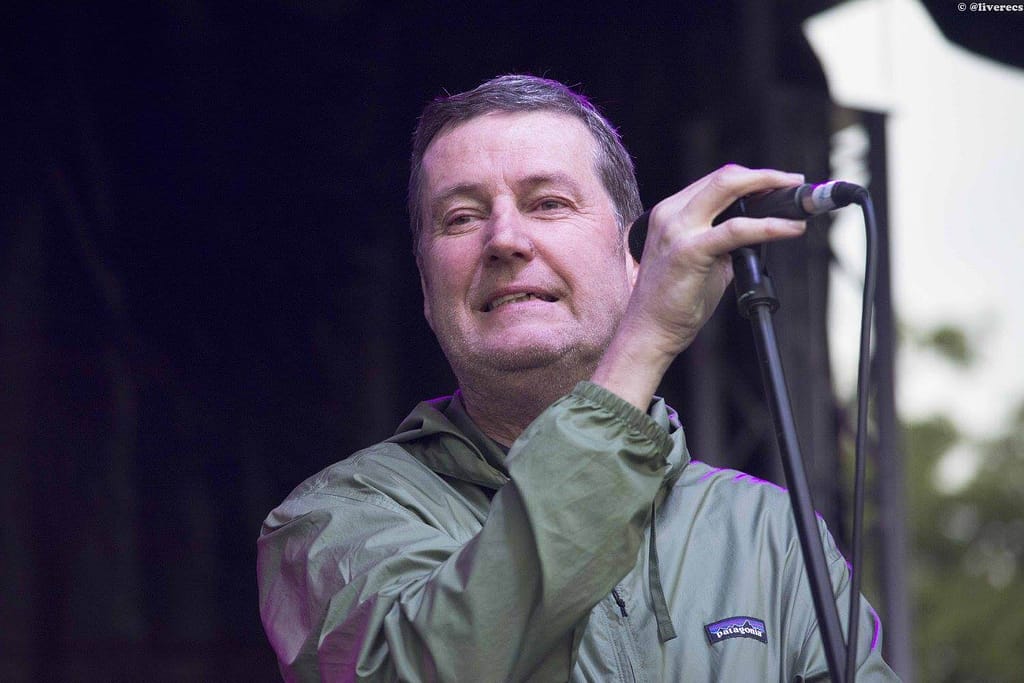 When The Farm took to the stage to close the inaugural Macclesfield Festival, frontman Peter Hooten jokes with the crowd that it’s a first for them too. Their first festival headlined by a mouse. And it’s sort of true, as this is a very family-orientated event, with a dedicated stage on the other side of the sprawling site dedicated to entertainment for the young ‘uns, and indeed, headlined by CBBC star Rastamouse. It’s clear that there are plenty of people who’ve come along to enjoy the day rather than purely for the music. It actually gives the whole thing a rather surreal quality from a band perspective. Seeing Dodgy, the first well-known band of the day, perform their indie-pop hits to a group of children kicking inflatable footballs about would be deflating to some but to be fair to all the groups, they take it in their stride and never let it appear to be disheartening. Frontman Nigel Clark appearing to treat it as any other show and putting everything into it.

Dodgy provide one of the highlight sets of the day, peppered with their top 20 hits and prompting more than a few singalongs.

Local talent were not ignored, either, although the likes of Low Orbit, Hugo Kensdale, The New Breed, and Dandelion Rose having to play to a largely empty field as people were still filtering through the gates or chose to arrive a little later. They all put impressive sets in, though, particularly the energetic rockers The New Breed. Dandelion Rose appear to be a bit of an anomaly in the line-up, whose sound is more suited to serious music fans than half-interested grandparents. Although the older listener will recognise some classic influences in their sound (Led Zeppelin, Pink Floyd), their lack of visual flourish tended to put people off. The last of the ‘smaller’ bands, The Manchester Ska Foundation certainly got people’s attention. Their mix of cover tunes from the post-punk era (itself influenced by the sixties mod movement) contained so many familiar tunes it was hard not to sing along and have a little shuffle. With tracks from the likes of Madness, The Specials, and Bad Manners, it’s hard not to be swept along with rocksteady beat. They certainly lit the touch paper for the fun to come and really got the party started. A celebration that continued with Dodgy.

It was down to The Brand New Heavies to keep the feet moving and give the now healthily grown audience something to rejoice. Throwing their two best-known numbers – Dream on Dreamer and Midnight at the Oasis – very early on into the set was brave, but they managed to pull it off and the double act of vocalist Sulene Fleming and guitarist Simon Bartholomew made sure that everyone was duly entertained – even those who may not normally be into their particular brand of acid jazz. Even the first spots of rain that greeted the band didn’t dampen the atmosphere; the majority of the day was spent basking in rare sunshine, which definitely helped the day go so well (particularly as it had been torrential during the week).

So it’s left to the aforementioned Liverpool indie legends to bring the day to a close. Regaling the audience – now a mix of teens relishing their first taste of a ‘festival’ and hard core fans – with tales of the Hacienda and the like, they get people suitably moving and enjoying themselves. One can’t help thinking that there’s a large chunk of the crowd who hasn’t got a clue what Hooten’s on about, but enjoy the grooves anyway. And by the time the set closes with the inevitable All Together Now, even those who don’t really know who the band nod and dance in recognition.

For a first time event, the Macclesfield Festival went really well. There were the usual grumbles from some quarters (mainly to do with the bars and toilets), but there was plenty for people to do if they weren’t interested in the bands. The children’s stage was always full of attentive, cross-legged kids and peripheral attractions like the fun fare, owl displays (a suitable distance from the main stage, so much so that there was no loud music heard, so don’t panic animal lovers) and dance tents (well, one large disco tent and two inflatable pop-up ones that hosted more specialist tunes) gave people plenty of choice.

Events like this take a lot of organising and localised ones rarely take off, but if the folk behind MaccFest can capitalise on this year’s success, we can see it growing and becoming part of the established calendar. Good on them!