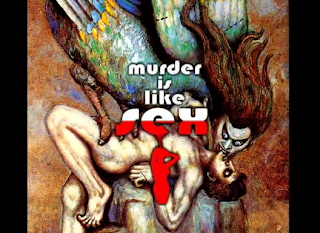 Kevin (Jayson Garity) is a loser, picked on at school for not fitting in with the cool kids, and working as a clerk in a record store. Such is his sexual frustration, he can’t help but have a dirty rummage while serving the popular girl Michelle (Lindsay Gerish) or while stopping at the lights on the way home. He bumps into Michelle again later on while doing a grocery errand for the little old lady next door (Mildren Boron, I assume the director’s mother, and quite possibly the worst of the bad acting on show here). When he refuses to buy he some beer, she taunts him, and he gets a flashback to his school woes. During his nocturnal fiddling, he fantasies about a beautiful blonde riding him, and has a completely bizarre ‘out of body’ experience – complete with dodgy SFX, until of course it’s time to wipe his fingers and he’s all alone again. 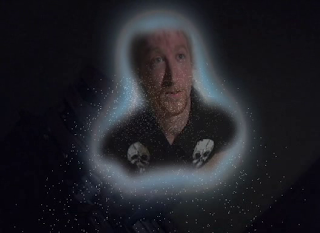 The next day, he is shocked to see a blonde Lisa (Robyn Griggs, Slashers Gone Wild!) on his doorstep, newly moved in and keen to make his acquaintance. His luck changes even more for the better when his workmate puts him in touch with his cousin, Lucy (Heather Summers) with whom he shares lots of interests. The two are getting to know each other when it comes on the news Michelle has been brutally murdered. Being one of the last to see her, and arguing to boot, Kevin is brought in for questioning, but released without charge.

Kevin and Lucy bump into local meat head Tom (Mathew Turner) who is out with a shotgun looking for Michelle’s killer. Lisa turns up, brandishing a large knife and does away with Tom, as well as confessing to Michelle’s murder! She tells Kevin she is a tulpa, brought into existence through the power of his fantasy..

Shot on video films are not a new thing, in fact we’re getting more and more used to them over the years. Some are good, and show real inventiveness and are populated with people with a talent for being in front of the camera. Some are not. Murder Is Like Sex falls firmly into the latter category. It’s not just that the film is inept, it just isn’t punchy enough to keep the interest going for 2 hours. I can put up a few below par actors (hey, I love Ed Wood films!) but make them do something other than spout exposition! There are also some exchanges with record store customers that were either in here to ‘add realism’ or as just to get friends in on the film, High Fidelity this is not! 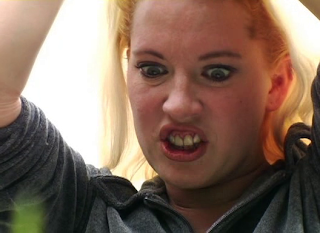 I can’t even remember where I got this film from, I found it in my collection but a quick Amazon search shows it’s still available if you REALLY need to see it, but the director Keith Boron has released nothing else as far as I can see.
2 out of 10

DVD Review: The Best Pair of Legs in the Business (1973) Reg Varney

We Belong Dead Has Risen From The Grave!

The Return of STARBURST Magazine! Back in print 2012