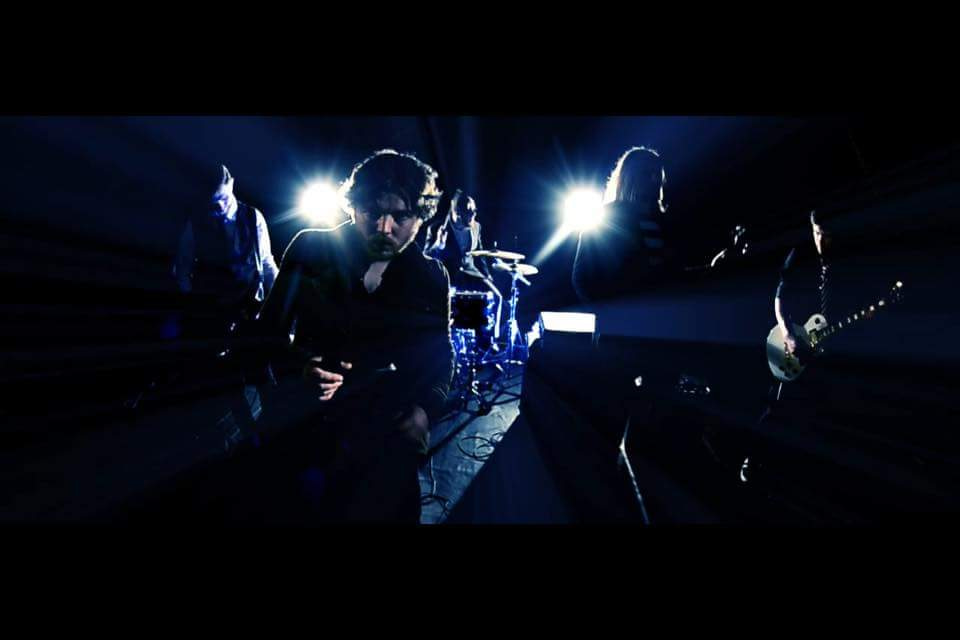 Ghost Robots – formally known as We The People – are a five-piece from Waterford, Ireland and with this, their debut album could well be poised to be the next big thing. We’ve had a sneak preview, and haven’t been this excited about a new act for ages.

The album opens with a perfect statement of intent – Bad Habit – with its crisp, sharp vocals that provide a great rhythm before we get to the quirky, punchy chorus. It’s an instantly engaging track that hits the spot from first listen, and sets the tone and expectation for what’s to come.

Hollow Thoughts has a monster hook that keeps it moving and by the time we get to the middle eight it’s a behemoth of a song.

There’s no letting up as piercing guitar riffs and a truly danceable groove make Invader another standout. Without sounding clichéd, what with the band being from the Emerald Isle and all, but if you could imagine a more commercial version of Therapy? then you wouldn’t be far off with this track.

Louder Louder is a brilliantly bouncy tune that brings to mind the genius of Willie Dowling (Jackdaw 3, The Dowling Poole). Punctuated by a catchy singalong chorus, it completely alters the song to build a frantic pace. We’re sweating just listening to it.

With a tinge of The Wildhearts, Lights Out builds a layered beat, and like Ginger and co.’s finest, it burrows into your ears and sets up home.

With the hook line ‘laughing in all their faces’, it’s certainly something Ghost Robots could be doing in the future, as Richer Than Kings could well be an omen as they band have a potential to be massive with songs like these.

Another song that any classic rock band would be proud of, What Say You Hombre has verses that would make James Dean Bradfield join in, which then give way to a stacked chorus that just blows your speakers.

‘Tell me something I don’t know’ is one of the refrains of Geronimo. Well, what we do know by the time we’ve reached track eight, Ghost Robots is a force to be reckoned with. It’s rare to hear an unsigned band come up with such a consistent album as this. It’s a palatable mix of heavy guitars and catchy tunes, and – most importantly – clear, clean vocals.

This is radio-friendly but uncompromised rock music at its finest. By that, we don’t mean saccharin-filled pomp or child-friendly repetitive nonsense. Oh no, this is serious ear worm territory, but with the edge, power, and sincerity to deserve it.

Showing even more flair and panache, Razor Blades and Ashtrays gives us a tune that could easily crossover to fans of the like of Muse, with a singalong chorus and soaring keys.

With the closing track, vocalist Michael Doyle sings ‘I am Not Contagious’. Well, they may not be, but the music certainly is; it’s a short, sharp, shock of a track with a thumping pattern that just demands repeating.

It’s very rare that we hear a new act with such powerfully amazing songs, and played with a deft skill that one would expect from seasoned pros. There’s no official release date for the album yet, but one thing’s for sure, when it does hit, you better get on board with it because there’ll be a trail of dust and you won’t want to be left in their wake, as Ghost Robots could well go stratospheric.