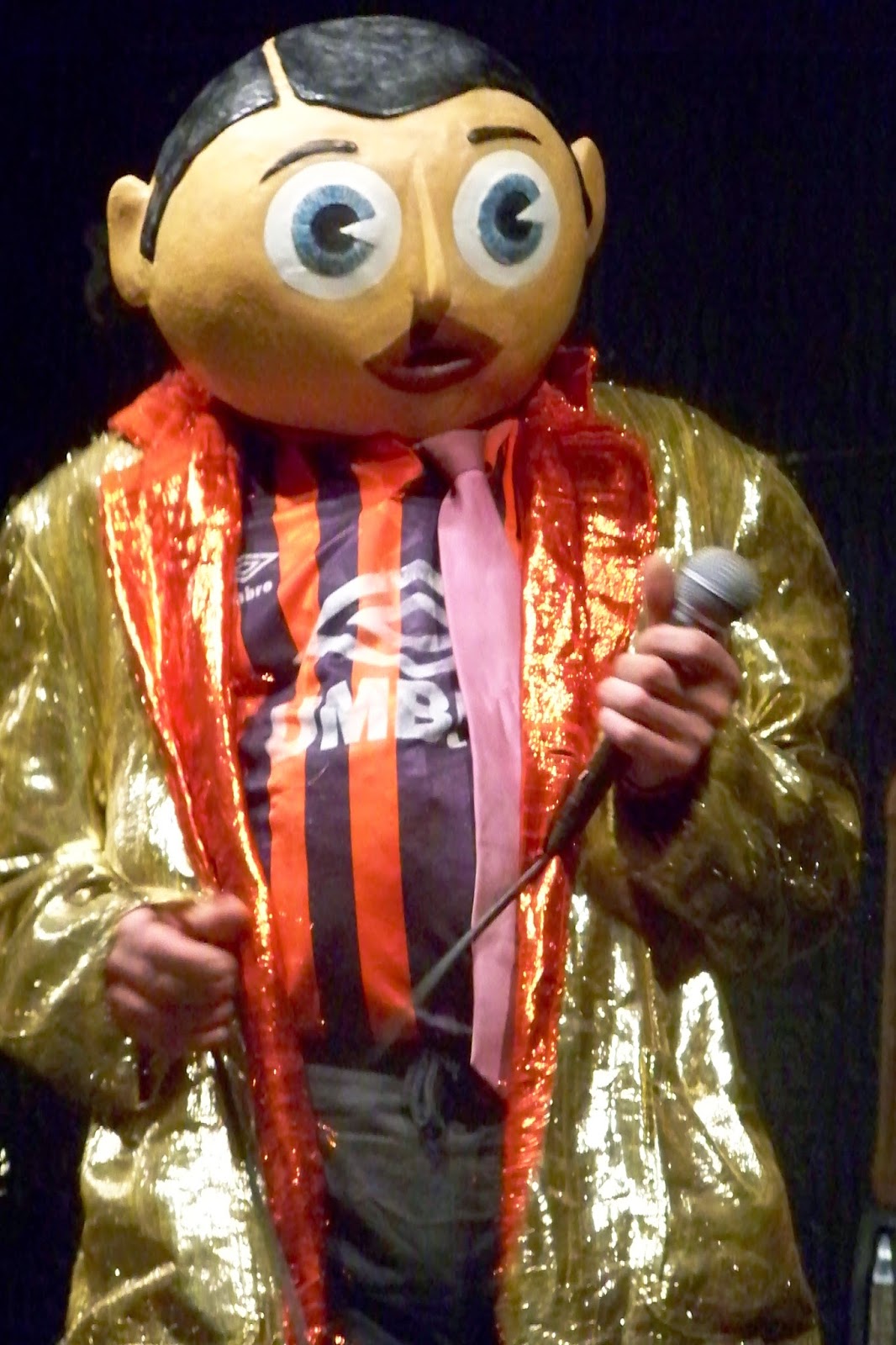 As another year passes without the great Chris Sievey, we can reflect again on his legacy, and on how much we miss his genius.
The past year has seen an enormous amount of Frank Sidebottom activity. There was the unveiling of a statue in Timperley, which I was proud to be part of the fundraising team. I ran the fund’s eBay sales for around 8 months, sending all manner of Frank-related merchandise out to like-minded fans. I also put together a DVD containing the last major project Frank worked on, the Celebrity Sleepover pilot. A limited run of 100 copies sold out within a week, raising over £1,137 for the Marie Curie Cancer Charity. The actual unveiling was a glorious day, with thousands of fans bringing the main road in Timperley to a standstill; with the police forced to close the roads for nearly an hour. Entertainment laid on at the nearby Stonemasons Arms was wonderful, including The Stags, the brilliant 60’s psych-garage band, including Oh Blimey Big Band member Dave Arnold, and Chris’ son Harry Sievey, who performed his own unique material as well as a stunning (if unrehearsed and gloriously ramshackle) short set with Rick Sarko and Barry Spencer of The Freshies. 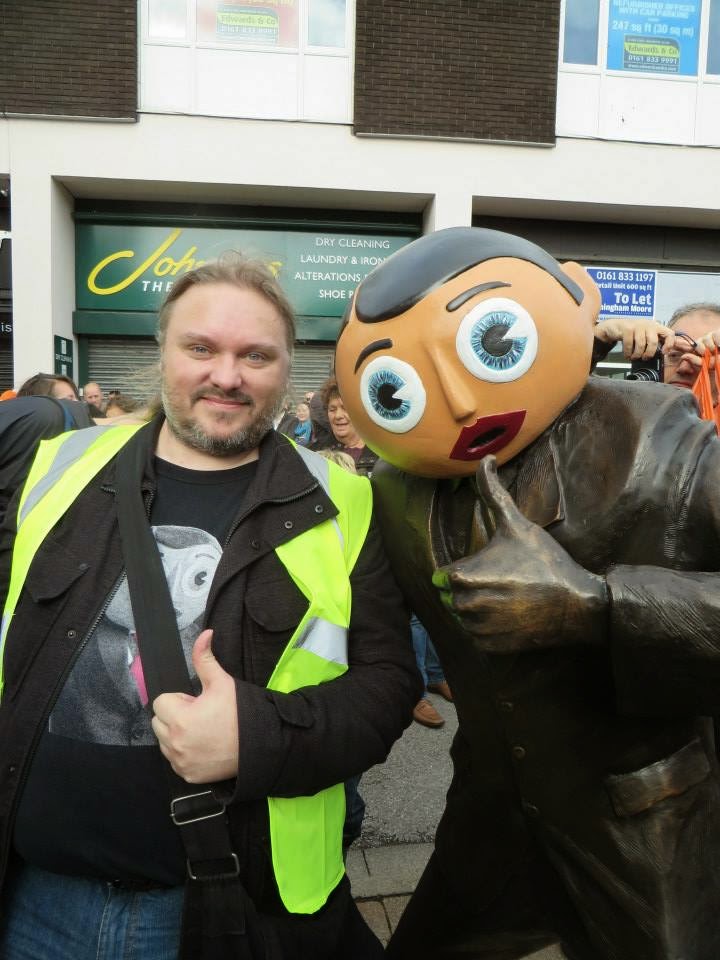 It was an incredibly emotional day; a culmination of over two years of fundraising and organising. Timperley Councillor Neil Taylor really excelled in getting the project finished, and it’s not only a glorious tribute to a comedy and musical legend, but something Neil should be eternally proud of. 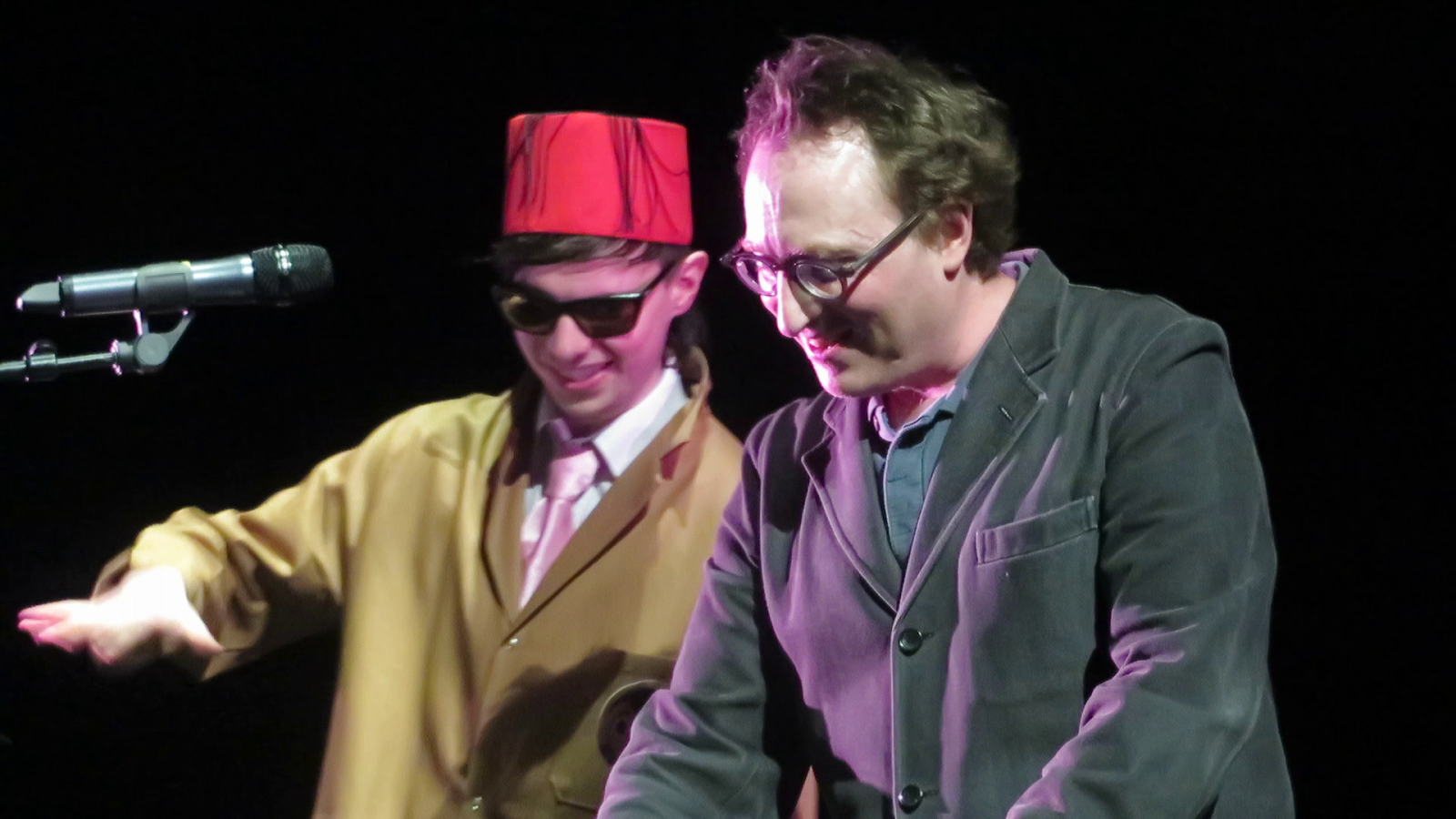 Also, the Jon Ronson scripted film Frank hit UK cinemas in May. Although not a biopic, it certainly brought a lot of attention in the direction of ‘our’ Frank, which can only be a good thing. It was also a pleasant surprise that it was really enjoyable, too. Prior to its release, Ronson undertook a spoken word tour, and played packed rooms with his personal story behind the writing of Frank, with the emphasis this time on the reality of his time in the Oh Blimeys. Several shows ended with several Frank songs performed by the Big Band with Ronson on keyboard and Harry on vocals; Frank’s head (or at least the facsimile made by Dave Arnold) displayed on stage, like some kind of ritual.

The real Frank/Chris story is yet to be told, but the crowd funded documentary Being Frank: The Chris Sievey Story is still in the process of being finished, and will be released in due course. From what we’ve already seen, it should be a fascinating and enlightening film.

With all the attention Chris’ creation has been getting of late, it personally makes me really sad that he isn’t here to enjoy it. Although, he would have probably shrugged, dismissed the accolades, had another pint and cigarette, before finding a way to de-rail it. He always preferred to do it his way.
Chris, we miss you. You know we do, we really do. Thank you.