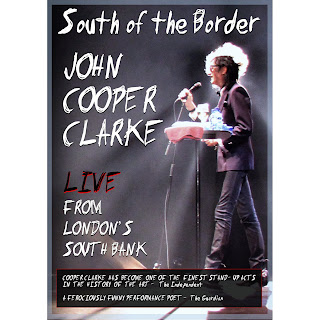 Recorded at a sell out show at the Royal Festival Hall, London in 2010, this is the first official recording of a full John Cooper Clarke show. John has been a cult figure on the British music and cultural scene since he burst onto the punk circuit in the mid ’70s, with hits such as Gimmix! Play Loud! (released on coloured triangle shaped vinyl) and I Married A Monster From Outer Space.

During 2010 was the subject of a documentary, eventually screened on BBC3, and released on DVD – Evidently, John Cooper Clarke – which is in itself well worth checking out (available on Amazon) and while following John about the makers filmed the London show among others. 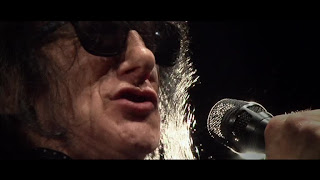 If you are unfamiliar with John, he was billed as the “punk poet” (a title he doesn’t like), and had hit albums and singles with his poems set to music. He is a former heroin addict, (who shared a house with the Velvet Underground’s Nico at one point) and appeared opposite the Honey Monster on the Sugar Puffs adverts (a accolade also shared by Henry McGee). John’s shows are just him a microphone and a plastic bag of notebooks with his prose on. More a stand up comedian now than straight poetry recital, and genuinely funny in a way modern so called comics could only dream of.
Coming on stage to the Saint theme tune, his Salford twang still present, and uncompromising in his observations, which range from child like wordplay to highly intelligent prose. His poems appear on the National Curriculum, and it’s about time he got the recognition he deserves.
With an 85 minute running time, and with a machine gun delivery there are more gags per second than any slick stand up desperate to peddle their DVDs of their tightly honed shows every Christmas. You know, the ones that appear in the pound shops a few months later.

As well as the full show, which you will find yourself re-watching over and over to catch the lines you missed while laughing too much, there are two short extras; a clip of the soundcheck and, more importantly (especially if you are familiar with my interests) a recording of the classic song 36 Hours, recording in Sheffield with Frank Sidebottom on keyboard and guitar. Frank toured with John in 2009 and 2010, and it was his last major appearances before the untimely death of Frank’s creator, Chris Sievey. This alone is worth the price of the DVD. 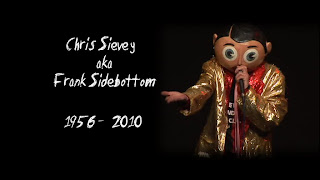 Anyone of a certain age will remember John and enjoy this, those too young to be around during punk, should buy this, and the documentary and learn how comedy and word play can be done.
10 out 10.